This page is a work in progress

Arianespace has produced a number of different versions of the Ariane 5. This page describes each version and their differences. I started this page as a resource for modellers who want to build an accurate model of the Ariane 5, so that's where the focus will be.

On the left, the Ariane 5G (diagram from the ESA media archive), on the right the ECA (Ariane 5 User's manual, Issue 4).

Versions of the Ariane 5:

Norbert Brugge's list of Ariane 5 launches indicates that the first 7 launches used another variant named "Ariane 5". This used EAP-236 boosters instead of EAP-238. I don't see this mentioned in other sources though.

The ECA was a major upgrade, although intended as an interim version at the time. Its first flight was in 2002, unfortunately this ended in failure and it would take 3 years until the next flight. At the time, it was planned to replace the ECA with the ECB version in a few years.

Changes for this version:

Later, the booster casings were modified to make the lighter. EAP-238 and 241 boosters each consist of 7 segments. The joints (visible as thicker bands on the model) are bronze (I think this is a metal hoop around the joint). These joints were changed: most of the booster segments are welded together in the factory, and the boosters are shipped in 3 parts, so 3 field joints remain. This reduced the weight by 1900 kg. This version of the booster is known as the EAP-241A. The welds are still visible as slightly thicker bands around the segment. They are painted white. These boosters were used on missions 174, 176, 177, 179, 183, 187, 188, 190 and all later flights.

ESA wanted an upper stage with higher performance for GTO missions. The plan was to do this in two steps: first, develop an interim stage using existing components, this would be the ESC-A. Then, develop the final version ESC-B, which would require a new high-performance engine. ESC-A = Etage Supérieur Cryotechnique de type A, Cryogenic upper stage type A.

The ESC-A reused the HM7B engine from the Ariane 4, along with its thrust structure and the liquid oxygen tank. The hydrogen tank was new (due to the much larger diameter of the Ariane 5 compared to Ariane 4). This stage has a few drawbacks: the engine is not restartable, so there are missions it's not suitable for. Also, the structure of the stage is relatively heavy, which reduces performance.

The ESC-A is much larger than the EPS, so unlike the EPS it cannot be installed inside the VEB.

When the first launch of the Ariane 5 ECA failed, Arianespace only had ECA versions in production. Some of these were modified to use as much technology from the G version as possible, so missions could be launched while the ECA failure was investigated.

The GS used a first stage with a Vulcain 1 engine, EAP-238 boosters and an EPS second stage. The first stage tanks were taken from the ECA production line and modified to accept the Vulcain 1 (this included moving the bulkhead to get the correct tank sizes for the EPC155).

The Ariane 5 ES ATV was a special version for launching the (heavy) ATV missions. On this version, the VEB structure was beefed up to cope with the load. The ES Galileo is used for the Galileo launches. It uses a lighter VEB structure. For scale modelling purposes, both look similar. Changes for this version:

An ES ATV being prepared for launch: 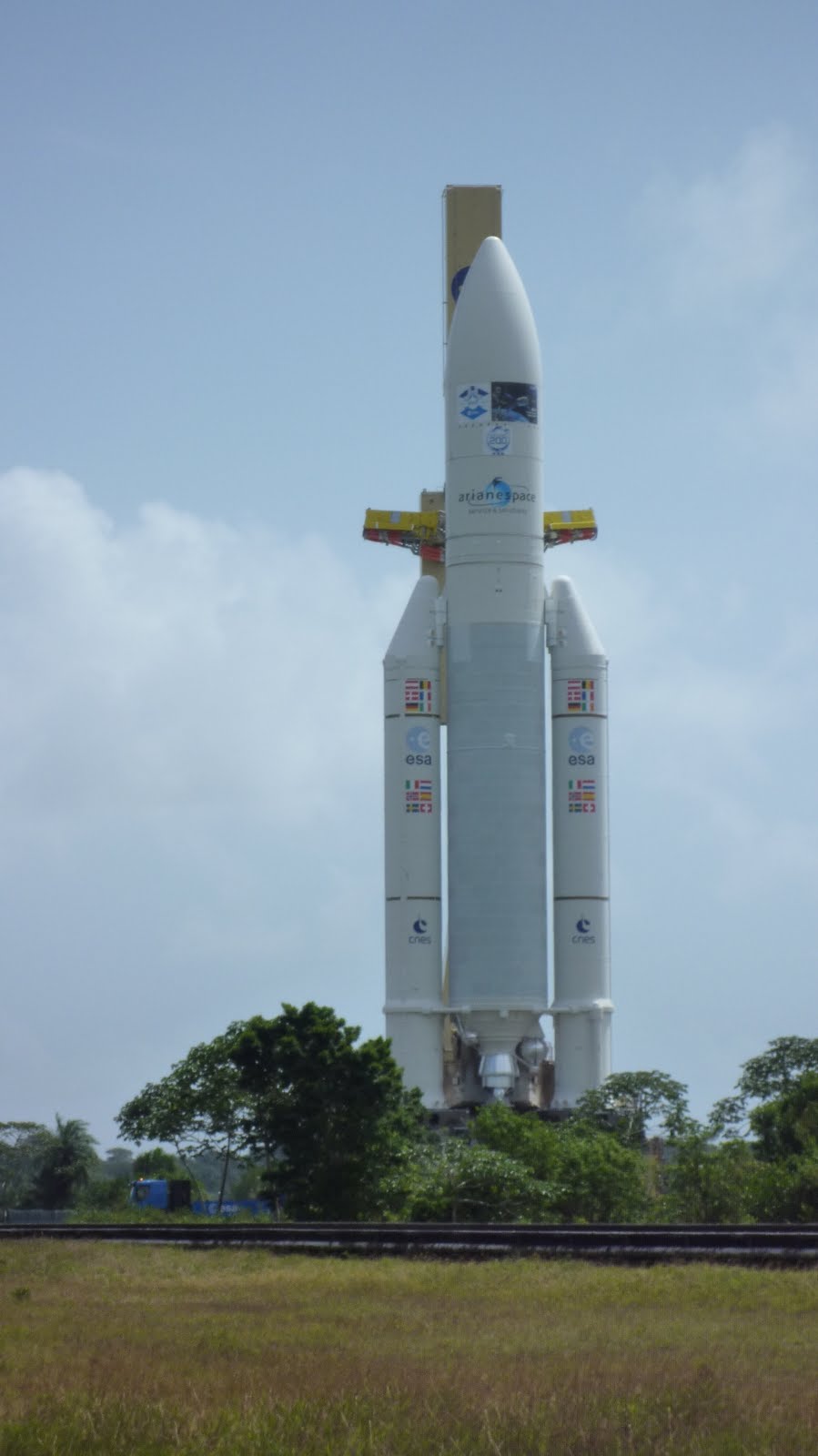 Ariane 5 ECB and ME

The Ariane 5 ECB was to be the ultimate Ariane 5 version: it would use a new, high-performance second stage with more propellant than the ESC-A, and a restartable engine called Vinci. The planned payload to GTO was to be 12 t. This project was cancelled in 2003, but development of the Vinci coninued at a low rate.

In 2012, the decision was taken to start development of Ariane 6, and in parallel look at improvements for the Ariane 5 (called Ariane 5 Midlife Evolution, or ME), with an eye on having commonality between the two. With a first flight planned for 2018, the ME would have become ESA's principal launcher (replacing the ES and ECA versions) until the arrival of the new Ariane 6 version. The requirements for the Ariane 5 ME were "more flexibility in accommodating payloads by way of a dual-launch configuration; an upper stage reignition capability for stage deorbiting to mitigate orbital debris; the capability to complete complex missions such as planetary exploration". This would be achieved by a new second stage using the restartable Vinci engine. A longer fairing (20 m) and a longer SYLDA (8 m) were planned to accommodate the larger geostationary satellites that were expected. This sounds very similar to the Ariane 5 ECB, but I haven't been able to confirm whether the ME design was to be identical to the ECB. In 2015, development of the 5 ME was stopped, and development effort switched to the Ariane 6.

The fairing was made in 3 sizes (long, medium, short). In addition, cylindrical segments were available to extend the fairing (ACY, Adapteur CYlindrique = Cylindrical adapter). The ACY is available in 4 heights: 0.5, 1.0, 1.5 and 2.0 m.

Ariane 5 was designed to launch 2 satellites at a time, and 2 structures were built to facilitate this: SPELTRA (Structure Porteuse Externe Lancement Triple Ariane = Ariane Triple-Launch External Carrier Structure), and SYLDA (Système de Lancement Double Ariane = Ariane Double-Launch System). SYLDA is used more often than SPELTRA because it is lighter, but SPELTRA can accommodate larger satellites. SPELTRA has a diameter of 5.4 m, and the fairing would be placed on top of the SPELTRA. SYLDA has a smaller diameter, and fits inside the fairing.

Arianespace offers 3 fairing sizes. A longer fairing was planned for the ME version. As of version 5 of the user manual, the short and medium fairings are no longer mentioned, but the short version has been usd for Galileo missions in 2017 and 2018.

The SPELTRA can be combined with the short fairing.

List of all Ariane 5 launches, which shows which version was used for each launch: 'Space launch vehicles of the world', Norbert Brugge

CapcomEspace has photos of every launch, and a lot of information on the rocket and its development process, etc. The site is in French.

Bernd Leitenberger has a list of launches, development information, specifications etc. Leitenberger also wrote 2 books on the European space program. The site and books are in German.